Not a lot of updates recently as I have had a lot going on here, looks like the Visa thing is ok for now and I’m practicing some of my own advice in that “if it’s not broke dont try to fix it” I’m settled here now with all I need and a perfect setup, including been able to save a nice chunk of change each month, so for now “if I do have a problem I will deal with it when and if it happens” till then I’m just going to keep plodding along whilst the other 99% is continually getting better and better.

August was another record month, and came in at a little under $1100 US Dollars
which is the second month in a row over one thousand dollars, this month September is shaping to be yet another record month, so all in all seems like I’m finally over the $1000 barrier and I’m seeing a steady growth in earnings since arriving in Chiang Rai along with a huge reduction in expenses which has now left me dead flat over the last 6months all in. That includes setting up the place here which has cost around $600 with one off expenses, my monthly spending has now flattened out at $750 per month with plenty of room to spare and this includes everything hosting, domains and all my day to day expenses, its good to be back in a place were I’m spending a lot less than I earn!

August did not improve over July like in 2010 which was an 18% increase, this year it was just 4.5% moth over month. Year over year was up 55% though not quite like July’s 75% enough to still feel a difference. Adsense all alone showed an 18% increase over last year, Info links dropped off  25% after I did some number crunching which resulted in a few tweaks other income was up again and came in just under $100 leaving adsense with 76% of the pie far away from the targeted 33%. 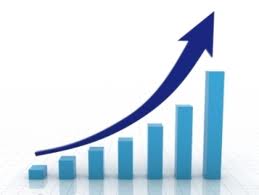 All in all things are doing very well and I’m seeing quite a few changes one of the biggest is the goldfish site which has now squarely moved into the number one position as my main earner, pleasing because a few years back I was to say the least confused that it could generate so much traffic and contribute so little, compared to the other sites I own. Infolinks is plodding along nicely and is now part of the walls, with 3 months data a review will be following.

I’m still struggling to hit a single home run with a new site in the last few years all the advances are coming from older sites, and some of these are showing signs of life after been dormant, the exact same signs I have encountered before, which lead to significant growth, I can only put it down to “site age” more so as the time parameters are similar “about two years”

Lastly I have finally found reason and courage to start letting go of a lot of domains I have just sitting their doing nothing and contributing zilch. My Stats are pretty normal I think for people like my self. I own around 100 domains 20 are live and of the 20 three generate 80% of the profit yep it’s the old 20/80 principal rearing it’s head.

I currently have just a little too much proof that suggests simply developing domains with a few pages and expecting even a measly $20 per month is getting more and more difficult. I have always likened the web to the brick and mortar world, and a popular saying in that world is “quality over quantity” one I have not practiced up-to-date online! I have now decided to adopt this quality in my online business also. I’m starting to see ever so faint flickers of light suggesting a single website can generate in excess of one thousand dollars per month, a number I would have never ever dreamed of before, needless a few of these will get me to were I wish. I have also found a small thread between my sites that perform well and it is one of lack of competition “yea I know that’s not an earth shattering revelation”  It is a fact though and swimming up river is a lot harder than floating down stream, out of the 100 or so domains I have it should not be to hard to isolate 10 or so that will do the job.