All has gone well to date, everything falling in to place exactly as planned everything sold and or donated, and after 13 years in the states I’m down to a mid sized roll on, along with a day pack was trying for a little smaller but you know how it goes…. 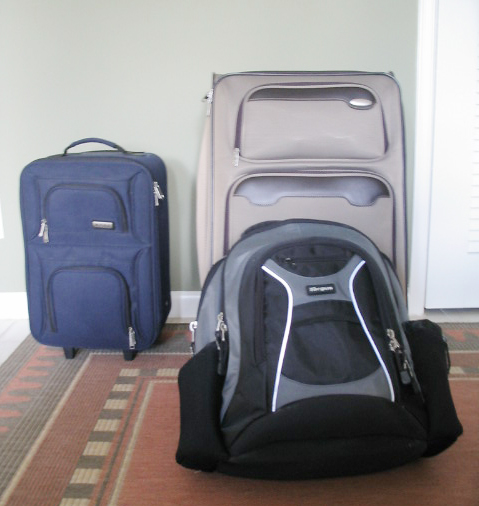 I had been striving to get everything in to the little blue roll on pictured above that would have left me with a lot less than I wanted and will probably practically need, I’m now in the UK doing the family thing, after a simple and pleasant direct flight with Virgin Atlantic Airways no real jet lag as I had been running for the last few days in Florida with only a few hours sleep each night enabling me to adjust immediately upon arrival. I had been worried stiff about the weather in England after having been in Fort Lauderdale for so long  in fact like many things so far it’s a non event It is way better than I would have guessed and prompting me to pencil in a few months each year in Europe “summer months”

After a days rest I headed on up to Peterborough to renew my passport, a simple affair and after a short 4 hour wait Voilà a new 42 page biometric passport.. whilst wondering around Peterborough I also came up with an idea for a simple quick site, 110 photos later and a few ideas made this a very productive morning.

Now I’m off out in to the sticks for a week “sticks = country” some good farm food and a lot of peace and quite.

1 thought on “The journey starts”